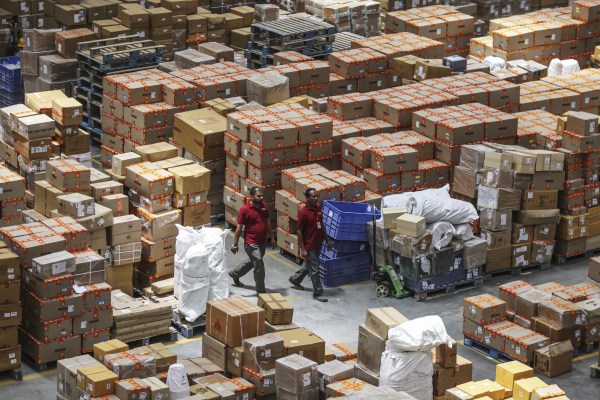 Amazon is quietly beginning to offer its transportation and logistics network as a service to third-party merchants, businesses and direct-to-consumer brands in India, tapping its large delivery chain to drive revenue in the key overseas market as the e-commerce group attempts to replicate a model it has been testing in the U.S. for several months.

The service, called Amazon Shipping, offers “extensive reach and the highest reliability – all at the lowest logistics cost,” the company describes on its website. Amazon Shipping “will pick up your parcels 7 days a week, and deliver them to your customers,” the company adds.

The retailer, which has poured over $6.5 billion in India over the past seven years, says it’s offerings its shipping at “competitive rates,” and includes a dedicated support channel. There’s no additional fee for deliveries on weekends and customers are not tied to any contract for a consignment, allowing them to cancel the service at any time.

It has partnered with local firms Shiprocket, Unicommerce, Easyecom, Clickpost and Vinculum for order and delivery management systems, it says on the site. The company has been testing the service for at least a few months in India, according to an analysis of the archived pages.

As Amazon expands the Shipping service, it may become a headache to local firms including Delhivery, Ecom Express, and even legacy logistics giants including Blue Dart and India Post. Flipkart, the Walmart-backed rival of Amazon in India, also began to open its logistics network to third-party firms earlier this year.

Indian newspaper Economic Times first reported about Amazon Shipping, and added that Amazon Shipping covers all types of products other than dangerous and hazardous goods. On a policy page, Amazon says Shipping currently offers the ground mode of deliveries and resricts the number of shipments items to 99 per order.

Amazon opened its logistics network to third-party merchants in the U.S. earlier this year with a service called Buy with Prime. Analysts say that Amazon can pose a greater challenge to rivals like Shopify with the move because it has built a nearly “impregnable moat in logistics.”

“Today Amazon’s logistics is massive and fully integrated from the fulfillment center to the doorstep, even though it only serves Amazon; the obvious next step is opening it up to non-Amazon retailers, and that is exactly what is happening,” Stratechery’s Ben Thompson wrote earlier this year.