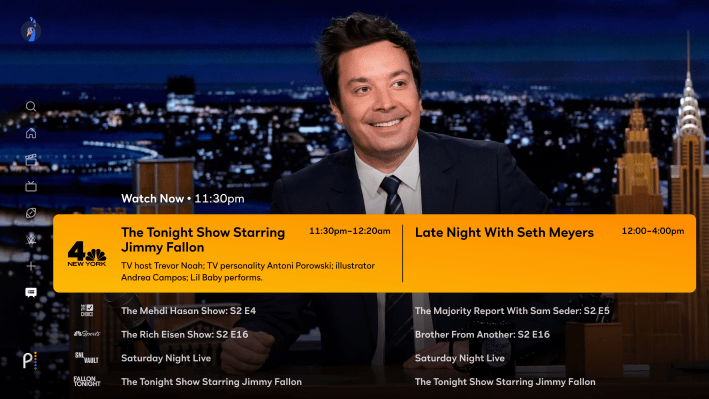 Peacock announced that, on November 30, its Premium Plus subscribers will get 24/7 access to their local NBC station in all of NBC’s 210 markets, including live TV programming like local news, sports, weather, and entertainment.

Subscribers will soon be able to livestream popular programs like “The TODAY Show,” “The Tonight Show Starring Jimmy Fallon” and “Saturday Night Live” without paying for cable. As part of yesterday’s soft launch, some Premium Plus subscribers already gained access to their NBC local affiliate channel livestream.

“With Peacock’s local affiliate livestream, our subscribers are getting the unique combination of the ad-free on-demand content they love with the local news and NBC programming that is already part of their daily life,” Kelly Campbell, President, Peacock and Direct-to-Consumer, NBCUniversal, said in a statement.

Peacock is likely including more live TV options to compete with rival Paramount+, which has always included local programming on its platform. Paramount+, with its 46 million subscribers, brings live TV to 99% of the United States, the company claims on its website.

Plus, $9.99/month is a better deal than paying the hefty price for cable or live TV streaming services like Sling TV.